Can Self-Driving Cars be Hacked?

Are self-driving cars secure? What happens if terrorists manage to hack one?

I am asked this question often when speaking eagerly about my belief that autonomous vehicles are the future. Especially after the tragic incident in Stockholm earlier this spring. Many people assume that cars cannot be hacked at present.

I recently listened to a talk by the American security expert Charlie Miller at the Norwegian conference Paranoia, where he spoke about his research into vehicle security. Charlie Miller is well known for remotely hacking a Jeep Cherokee a few years ago, gaining control of the acceleration, braking and steering systems (inside the vehicle at the time was a journalist from Wired, whose article on this nightmare scenario can be read here).

Charlie Miller has repeatedly demonstrated truly shocking security shortcomings in vehicles from Jeep. When asked if he believed that only Jeep had these bugs, he stated that that was highly unlikely, but that he did not have the funding to test cars from other manufacturers.

The most common picture of cars and how they work is one that has prevailed since the beginning of the millennium. At that time, they were completely isolated systems and the most advanced thing was connecting a CD player to listen to your music. It is a mystery how this picture has persisted up to now when we are used to connecting our smartphones to the speaker system while having Google Maps open on the instrument panel.

Although, I think the automotive industry is definitely starting to get a grip of the situation (thanks to individuals like Charlie Miller) and most manufacturers are consciously working to improve information security in their vehicles. But I would like to highlight a few good principles that will help this work significantly:

But what if you're not a vehicle manufacturer (not everyone is) yet you are still concerned about your car being hacked? Firstly, we must concede that this is very uncommon – for the time being. For those who would still like to beef up security: 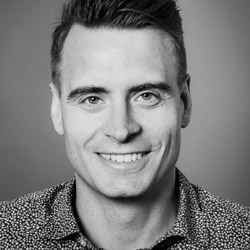