Combitech has drawn considerable interest with its coverage of model-based engineering in its customer magazine Combined. We will now look closer at how the use of model-based technology and methodology has evolved.

Many terms come up when companies discuss model-based technology and methodology. Sometimes there are even different terms for the same thing. One important basic term is MBE (Model-Based Enterprise), which is something of an umbrella term and used here to refer to model-based engineering in a broader sense.

MBE encompasses 3D, 2D and system models that in some way represent reality so as to improve both operational efficiency and results throughout a product's life cycle. The term embraces many specific model-based technologies and largely deals with bringing together the various disciplines for the purpose of creating bridges between operational areas as efficiently as possible.

Model-based engineering is becoming increasingly important in Swedish industry. This trend is very clear. But what is perhaps most important of all is the realisation of how essential people are. It could even be said that the most important aspect of MBE is neither the technology nor software, but rather in changing people’s usual ways of working and their attitudes. An important lesson is therefore that if people are not put in focus in work with change, MBE will never fully succeed.

Aren’t you already working with MBE?

Models and simulations are nothing new. They have been used for several years and are well-established in certain contexts. A few examples are performing calculations or simulating a form of behaviour so as to eliminate the need for testing and costly experiments. CAD tools are examples of model-based systems that have been around for quite some time within the framework known as MBD (Model-Based Definition). So how has MBD evolved into MBE?

The first generation of MBD was applied only occasionally in the total process of product development. Use of the CAD tools is limited perhaps to an individual operative area, such as the design department. But when the results of design work in the form of a 3D model are passed on to production, the 3D model cannot be used in the subsequent steps. Many of the model-based methods and tools that were used consequently remain isolated in their own “silos”. In these cases, MBD is not utilised to its full potential throughout the enterprise. Now that the step is being taken so that the entire company can benefit from the models, as well as the company's customers and suppliers, the step is simultaneously being taken towards becoming a model-based enterprise (MBE).

MBE in breadth – The MBE Evolution

To eliminate the limitations so that the models can be used by the entire company and not just within an isolated process, three important factors must be taken into consideration:

Technology: There must be tools for several activities and aspects of product development but that nonetheless, work with the same model. It is also a matter of making the model accessible so that use is convenient.

Information: All forms of knowledge exchange between people and various operative steps are based on the information in product development being efficiently handled. Here it is not just a matter of providing a shared file server. No, the basis for effective MBE within and between different operative branches requires the information being stored or connected to a common model.

The model becomes the information bearer in the project, which entails that the model gains another role. Besides the model being a foundation for calculation and analysis, the model also becomes an information library and the model tool, the librarian. That all parts of the product are visible is an obvious benefit.

People: Ways of working, methodology and even the organisation must be changed for MBE to gain full effect. New activities must be implemented while others are phased out. A typical effect is the striving to conduct several activities in parallel, instead of different occupational groups or departments being compelled to wait on one another.

Previously, the designer finished his job and then passed the design proposal on to a mechanical engineer, who then performed his analysis. Everything was in steps and sequential. MBE is intended to instead let the designer and the mechanical engineer work together, with development carried out through small iterations until the desired results are achieved.

This significantly speeds work and the time to finished product. Alternatively, expertise requirements are broadened so that several aspects and activities can be handled by the same person. Volvo GTT is an example of this that also points out the challenges in training people so that sufficient breadth is achieved. Both enhancing capacities to work in parallel and improving breadth require good change management and this cannot be achieved overnight.

As explained above, MBE is something that affects the entire organisation. MBE must therefore be implemented through conscious decisions by management. This differentiates MBE from yesterday's model-based engineering. Implementation of models previously involved a number of different tools that were used and implemented by individual “champions” down in the organisation. MBE can streamline work and significantly speed development, but at the same time, it demands extensive work with change and therefore becomes a strategic question for senior management.

Technology, information and people are the key words that best describe the evolution towards MBE that we are observing both in our own and customers’ projects. This evolution has a distinct orientation towards the idea of making the time between product concept to finished product as short as possible. The questions is, how short can it be? In the virtual world at least, it could be very short.

How short can the development period be?

Focus on the team being “broad and parallel” in the future and able to design and complete all aspects of a product, even including all supporting information systems such as for service and troubleshooting. Keep in mind that as early as the product design stage, it is possible to perceive how a service technician will work with the product, or how an operator will experience use of the product.

On Saab’s Gripen project, approaches are partially along these lines. The same model used in design is also used by service technicians. This combines a large number of activities into a new, parallel and broad way of working with the models. Saab has taken a big step in going from isolated use of MBD to an all-encompassing way of working. This is an example of the evolution from MBD to a functioning model-based enterprise approach. 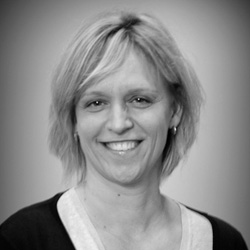