A lot has happened since Navelink became operational a year ago. The number of users has increased significantly and today more than ten companies are connected. There are a total of around 100 different services in the system that companies use or sell.

"It's happening now, and the rush is on," says Anders Wendel, Navelink manager at Combitech. "More and more businesses are joining. Until last autumn, many were cautious and wanted to see how things went for others before taking the plunge themselves. And Navelink is just getting cheaper and better the more people that join. It's really exciting to see."

Interest in this type of solution is increasing, and many organizations and companies in the maritime sector want to digitalize the industry. However, the solutions presented thus far have not succeeded as well as Navelink.

One could liken the infrastructure service offered by Navelink, which Combitech delivers, to either the App Store or perhaps even development in mobile telephony. Everyone agrees that it is the infrastructure that should be used to avoid having competing systems with different local keys. The infrastructure enables interoperability between different services, which businesses, government authorities, service providers and others benefit from. It's the same as all who have a mobile phone expecting to be able to communicate with anyone else, regardless of the brand of mobile phone the person on the other end is using. Mobile phone manufacturers agree on the formats that apply for communicating with each other on the same network.

When a ship navigates, all the "apps" it needs are in the system, such as assistance with navigation so as not to collide with other vessels, berth availability in ports and so forth. Each ship has its own identity in Navelink, the same as every port connected. When a device establishes contact with another device, secure authentication is made, ensuring the security of communications between the devices.

"So far, we haven't actually had any technical issues at all, everything has gone according to plan," says Anders Wendel. "It's both reliable and IT-secure, a truly dependable system."

From the drawing board to up and running

Navelink is unique in that it is a research project that has managed to go from drawing board and test bed to being up and running. It is also an inter-branch collaboration in which government authorities and industry have joined in advancing digitalization.

"We see a lot of exciting test beds, but it's rare to get to the point where someone wants to pay for it. Thanks to our dedicated team and visionary partners, we have really gotten this one off the ground," concludes Anders Wendel. 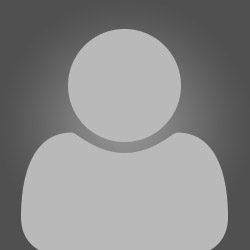