Saab and Combitech are participating in a national project for developing an integration environment for research within autonomous rescue systems. The technology was recently tested together with PhD students in a simulated sea emergency in an archipelago environment.

Saab and Combitech are engaged in the national foundation Wallenberg Artificial Intelligence, Autonomous Systems and Software Program (WASP). The foundation has arenas where industry and researchers work together in testing technology and results. In this article, we will be focusing on the arena that is working with public safety, called WARA-PS. The arena’s objective is to develop a research platform for autonomous systems for rescue at sea.

The idea of WARA-PS is to use autonomous vehicles and technical solutions, interacting with each other and people, to rescue persons in distress. The rescue system includes drones, autonomous watercraft, sensors, cameras, communications equipment, a command and control system, and more.

​The Saab Group has several dedicated engineers and industrial PhD students participating in the project, and the company also contributes with the SAFE command and control system, as well as autonomous Piraya boats with associated systems and communications. Other companies are involved, as well as researchers from several Swedish universities in the research fields of artificial intelligence, positioning, computerised vision and autonomy. 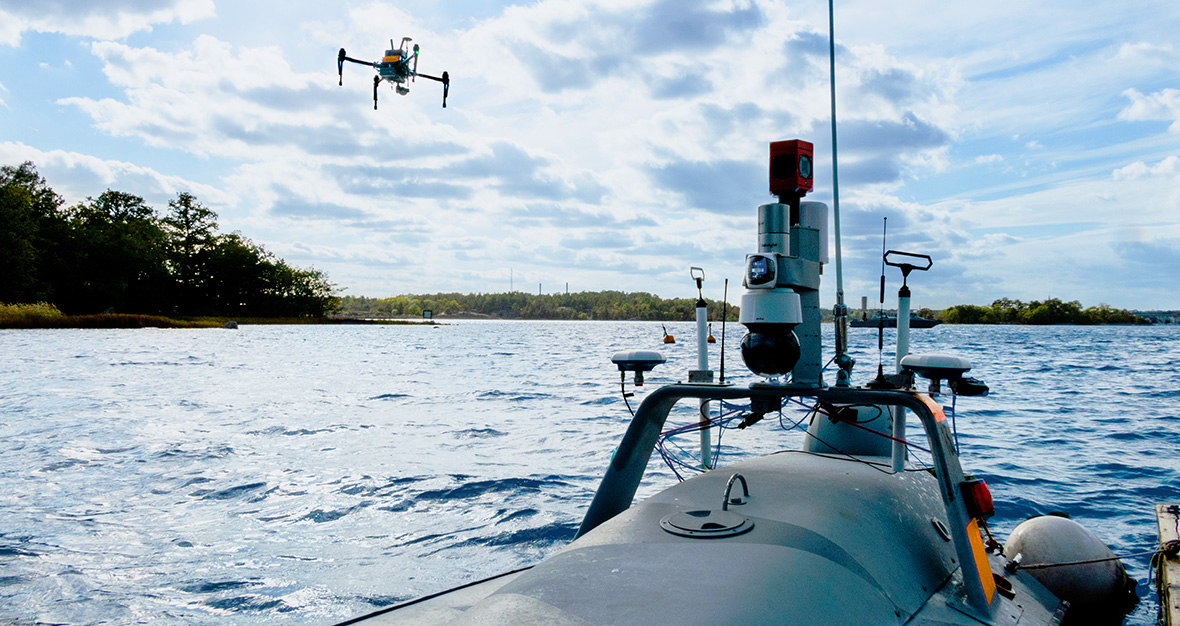 The photo was taken by Thor Balkhed, Linköping University.

The work with WARA-PS has been intensive during the past year, and in September, the first demonstration of the technology was conducted in which a sea emergency was simulated in an archipelago environment. Two drones, an autonomous watercraft, a larger patrol boat and the command and control system were tested with sensors, cameras and communications equipment in a specific area near Västervik.

The demonstration was a success and everyone involved gained considerable insight and knowledge, which will now be furthered through increasingly challenging demonstrations in the years to come. You can watch a video and read more about the actual demonstration on the WASP website.

"Things happen when researchers and industry meet to solve problems together in real-life conditions,” says Jesper Tordenlid, project manager for WARA and senior developer at Combitech. “We’ll bring the multidisciplinary discussions we’ve had to our respective organisations and research projects. In one year, we hope that most of the 15 PhD students involved in this part of WASP will be able to include and present their results, while we in the business community continue to develop our technology and products.”

When autonomous watercraft are to interact and even be coordinated with operations by rescue services, a safe and robust command and control system is mandatory. The choice therefore fell to the SAFE platform, developed by the Saab Group. Consultants from Combitech have contributed in adapting the platform to suit the needs of WARA-PS. Read more about SAFE at the Saab website.

The Piraya, an autonomous watercraft, comes from Saab Kockums and is equipped with all manner of instruments, including cameras, sonar and communications equipment. The vessel is a test bed for various sensors. You can read more about it at the WARA website.

“Collaboration between WARA-PS and SMaRC would create stronger capabilities, where autonomous vehicles – above, on and below the surface – interoperate on joint missions,” says Jesper Tordenlid, project manager for WARA. “It also gives our PhD students a larger network for sharing ideas within their fields of research, which means stronger research results to the Swedish industry.”

What will happen with WARA?

Research projects, such as WASP and WARA, are important for Swedish industry and research in being competitive and remaining at the leading edge. But they are also important for society in being able to benefit from the technology. We will be returning with more coverage of the project further on.

“Saab's future product portfolio will largely involve unmanned and autonomous systems that work together to resolve challenging tasks,” says Gunnar Holmberg, business developer for future aviation systems and coordinator for the WASP project at Saab. “Research on this kind of smart systems that interacts with people is crucial for us in acquiring the right long-term expertise. WARA-PS as a demonstration arena in the field is an excellent example of how research and industry needs interact.”

The Wallenberg Artificial Intelligence, Autonomous Systems and Software Program (WASP) is a national initiative for strategic basic research, education and faculty recruitment within artificial intelligence, autonomous systems and program development. The aim of the foundation is to assist Sweden in gaining an internationally recognised and leading position in the designated areas. You can read more about it at the website.

Photo and video have been produced by Linköping University. 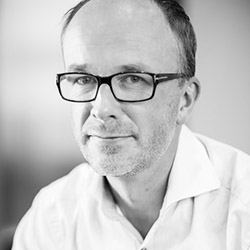