The route to an autonomous mine

In partnership, Epiroc and Combitech have developed a solution for traffic management of autonomous loaders for mines. The utilization of a driverless fleet of machines in a risky work environment has meant achievement of a new level of efficiency and safety.

“This solution, in which autonomous machines can perform complete assignments and interact with each other in a shared area, is much sought after within the mining industry. It's a matter of being able to create an even flow of material, avoid locking between machines in production and move employees away from an unsafe environment," explains Robert Raschperger, consultant for Epiroc and Combitech’s product-development manager.

In 2017, Epiroc and Combitech started to work on this technological leap. Together, they have combined technology from Epiroc and SAAB's civilian product portfolio with knowledge of the way traffic management is to be systematised and developed. At the end of the same year, a prototype – or a so-called proof of concept – was delivered, and was evaluated in Epiroc’s test mine outside Örebro. Eighteen months later, in spring 2019, the solution was installed and used in an Australian gold mine. The solution is called Epiroc Scooptram Automation Total and is included in Epiroc's 6th Sense offering.

The solution’s driver is a proprietary module known as the Traffic Management System (TMS). It allows machines to share roads, service locations and loading and dumping sites without collisions or locking events. The module is generic inasmuch as it is applicable to other autonomous solutions whereby machines, drones and trucks are able to independently perform predefined tasks, e.g. travelling from Point ‘a’ to Point ‘b’, and depositing a load. Epiroc's strategy is an open automation system that means other machine manufacturers can be integrated into the solution (see press release from Epiroc, link further below).

As well as the TMS module there is the Fleet Management System (FMS), which automates assignment and resource management so that the mine operator can focus on the work to be performed, e.g. transporting 1600 tonnes from Point ‘a’ and dumping it at Point ‘b’. (The system decides which machines to be used, when they should operate and which routes they should take.) The FMS module is based on the SAFE (Situational Awareness For Enhanced security) platform, which has been developed within the Saab group.

The TMS and FMS modules are integrated into the mine's overall production management, so work orders are received, implemented and reported in order of priority, whilst at the same time the system attends to other machinery and parts of the production flow, e.g. ore crushers and ore transportation systems.

“Interoperability and openness have been key words in the development of Epiroc's automation system, and thanks to this, the collaboration with a partner like Combitech has also worked extremely well. Besides the technical advancements made and the new functions, which we have succeeded to develop in record time, I’m almost more impressed with our collaboration and partnership. The future of digitalisation and automation development depends on our success in integrating different systems – where collaboration between people and organizations is just as vital as the technical aspects,“ says Mattias Pettersson, Epiroc’s Global Portfolio Manager Underground Loader.

“A key to our success is that our team has different skillsets. Some of us are good at traffic-management logic, i.e. sending data and coordinating traffic patterns. Others are good at acquainting themselves with end-user problems, work culture and human-to-machine interaction. We also have sound expertise in development of systems so they meet the stringent demands around availability in a mine, typically 24/7, plus how modern software development should be set up and managed. It's enjoyable seeing how knowledge can be used in new ways, and what results are attainable through collaboration,” says Robert Raschperger.

Epiroc’s Scooptram Automation Total allows machine operators to do remote work safely, in a control room above ground level, where they can share the overall situation in real time and carry out the tasks that still call for a human being's experience and precision. The operators have good insight into what is happening within the production environment, and can take over machines as and when necessary, to carry out non-automated tasks. 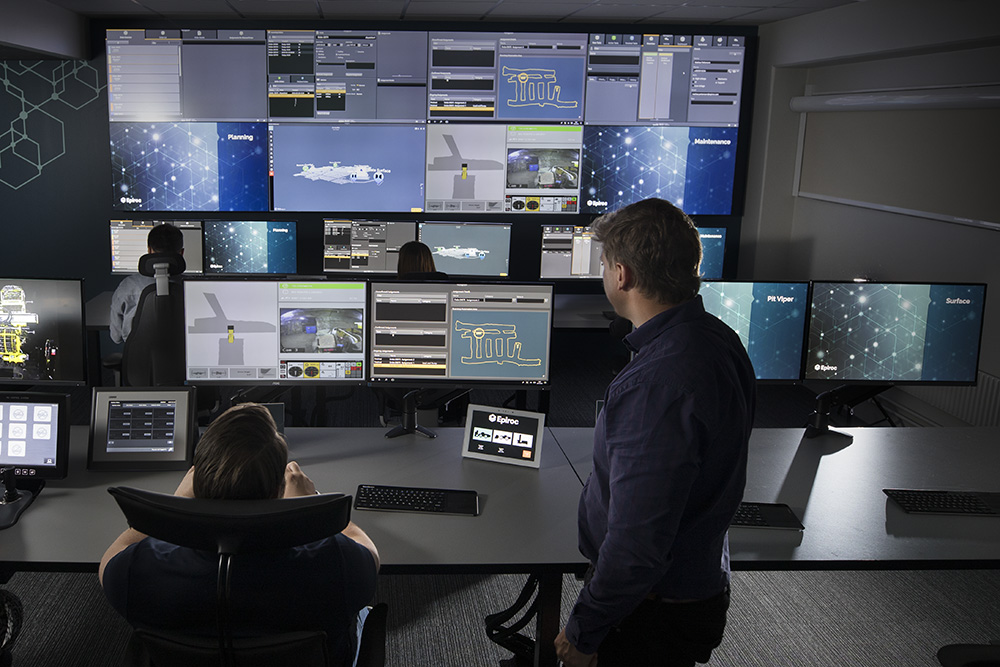 The latest addition to the solution is the possibility of easy control of the security system that protects employees from harm if they accidentally enter the autonomous production area. Putting it simply, various sections and passageways are permitted to be closed or opened for autonomous operation, allowing the mining operator to send in manned machines without stopping autonomous production any more than is necessary. The function also supports smooth check-in and check-out of autonomous or remote-controlled machinery.

“With this solution we are breaking new ground, as we are bringing manual and autonomous operations closer to each other. A fully autonomous mine is still a long way off, but the latest addition to the solution allows mining companies to actually proceed towards autonomous operation, and increases the degree of utilisation of the investment in infrastructure, machinery and employees,” says Robert Raschperger.

Epiroc has produced a video showing the solution. Click here to see the video and access further information.

Read about Epiroc's automation system and the possibility of other machine manufacturers being integrated into the solution. This has been done with MacLean.

Read about Epiroc's automation system and the possibility of other machine manufacturers being integrated into the solution. This has been done with MacLean. 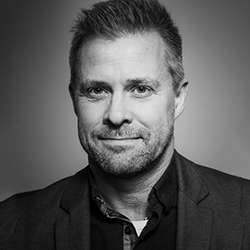